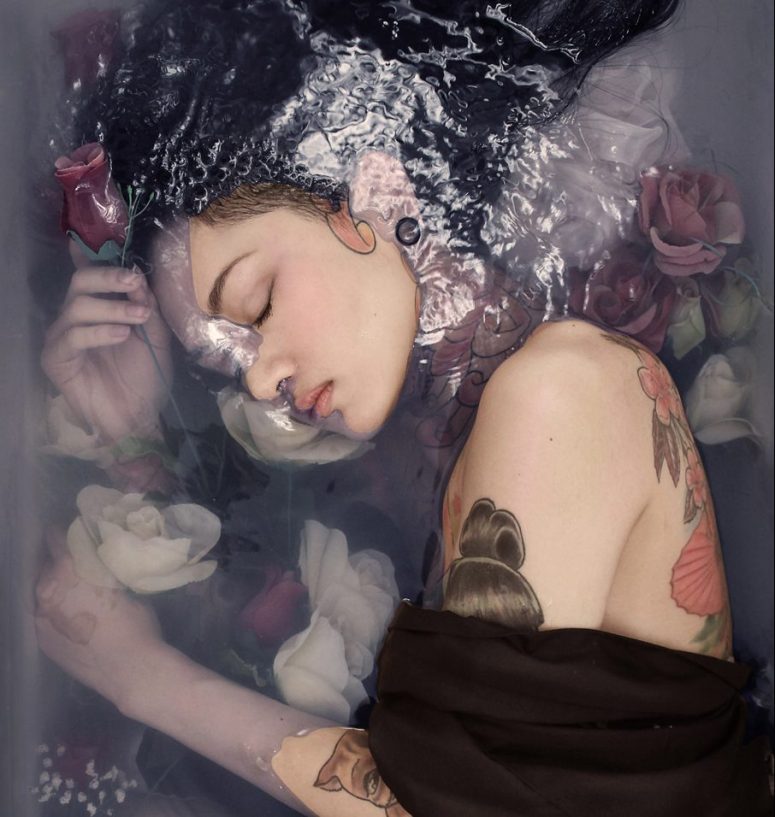 We were running so fast, lost our hold

it became a normal thing to

then I tasted, the purity of life

this draft did not yield to usual fears

of becoming irrelevant as a woman

shifting weightless from one state of being to another

without permission, no discernible change

save the decisions made in our absence

by controller of who we are, when we don’t yet know

how to halt the discourse, throw stereotype and expectation

the whip and goad of woman since

first she was brought to her knees and told

I control the discourse, your identity is shaped

and fractured by my say-so

I label your value or deem you worthless

because you are too old

beyond a date in time

there the guillotine falls

sorry you’re on this side now, without your head

sorry you can’t gain admittance into our club

any woman who thinks for herself, must be trouble

make up rules to control her, keep her cowed

give her endometrium and other punishments

it’s all rather biblical, said the atheist as he

inserted the next record of tricks

and his turpentine prostituted room

burning on false fuel, I was only 18 then

yesterday and a century later

we don’t oblige women with scars and fat

nor sagging breasts, nor any chin hair

if you’re greying or balding, go fuck yourself

no one else will

the seat in the waiting room is a laundry shute

out with the old, in with the new

we have voracious appetite for shiny flesh and unstrung hymens

I borrowed some platforms and sewed up my leaks

put on a negligee and three layers of peat

the bog man looked pretty good for his age too

hide behind war paint, chew through your sickness

give me succor baby, give me raspberry crush, give me voodoo

drinking your waste and glut of youth

I gained admittance on false pretense

hasn’t it always be that way?

put on another person’s face, inherit for a day

or an hour or a life time

all the little girls want your number now

all the boys want to pray between your legs

serve me something unshaven and hot instead

there are fevers in the walls, trying to get out

we have three minutes until it’s midnight

then illusions are exposed, everyone sees the truth

middle-age never used to be a purple bruise

we made it this far

tomorrow the sun is coming out

maybe the light won’t extinguish you

I want you to like me, for who I am

not the girl who tricks you with her little doll cries

was it yesterday or last century?

we lay beneath your blanket and you impregnated me

with the urge to live forever, never grow old

even the beautiful turn to grub and worm food

as you eased the knife to the sweet spot

cutting upward from your pulse, in thin

Join 1,798 other followers
Follow Whisper and the Roar on WordPress.com