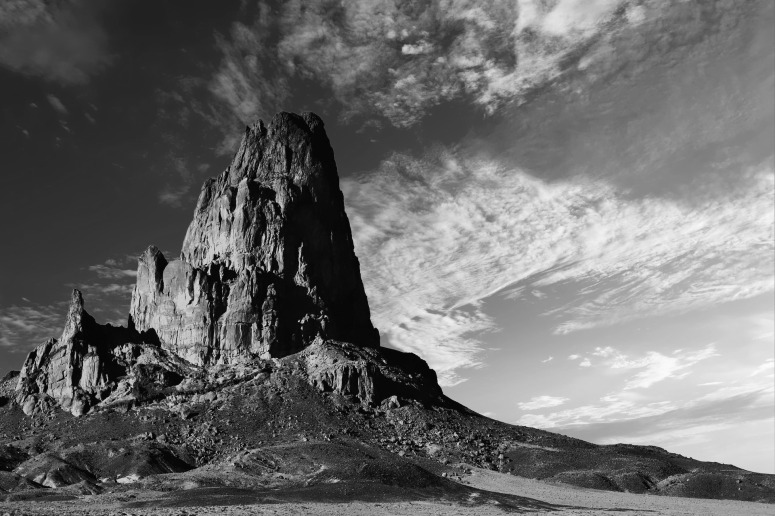 One day, when I was six, I became a mountain
It was the day I yelled and screamed with righteousness into thick air, the air my only witness, while I sat on my bed’s soft bedrock
And with my pillow I swiped at that air, at the bed, at the enemy sitting next to me — her name was Injustice
And the rage burst out like lava from a fissure that needed so much to crack open and Injustice was afraid of me and though the lesson did not teach her anything I learnt there was power in truth and in my anger
I was a mountain

The quake I felt once I’d escaped, its aftershocks I felt again
My heart was coming loud with aches
Thrashed heavy like the pillow you used to suffocate
The murmurs that catch upon my breath
Are the beating wings of the bird trapped in my chest
While she’s learning to fly she remembers to sing
And the frozen fawn she flees the scene

My six year old awoke this morning, her rage amplified so hard by life that the walls pulsed, the glass throbbed and the wood thumped in sympathy
I will give you a thumping my father said to my brother
It was a threat to behave better like your hands on my throat were a suggestion of death
The fawn froze
Half-dead half-here half-there
Brain bisected violently, hurtling towards life and death simultaneously
You refuse to give life, to grow branches and shoot out twigs and new leaves
Your roots stay stuck in your concrete pot, demand that others tend without taking
A puppet ruler, a tin-pot dictator — you fail to give even air

And yet we write — our words don’t flee, they stand and fight
Poems infiltrate the water supply like truth serum
Liars are exposed
The ghosts of those you murdered stand outside your house banging loudly on pots and pans
Charivari, the rough music of justice, the just music of shame
Groundwater toxins vibrate in time, buckle epidermis of earth which pops with stochastic rhythm driven nonsensical by algorithms forming sharp little mountains everywhere the music is heard
The anvil of avoidance presses down firmly, suppressing pain and signals that should be voiced
The pressure exerted here will form a mountain over there
The rough music of justice will be heard and it will make tall mountains

I remember the facile pointless lessons repeated to you yet not learnt
Like discussing morality with a naughty child in an alien dialect
Your tongue so close to my own, the timbre alike but the words made no sense
The dissonance so loud that the difference tones buzzed my eardrums and filled my brain with hot fuzz like lava
And the mountains swelled and popped up randomly on the surface of my mind
And I became one — again
I became a mountain

Melita White is founder and writer of the blog Feminist Confessional, a space that features feminist poetry, essays and personal pieces in a confessional style, with a focus on the MeToo movement. She is a composer and musician and loves making all kinds of things. https://feministconfessional.wordpress.com

One thought on “I was a mountain by Melita White”