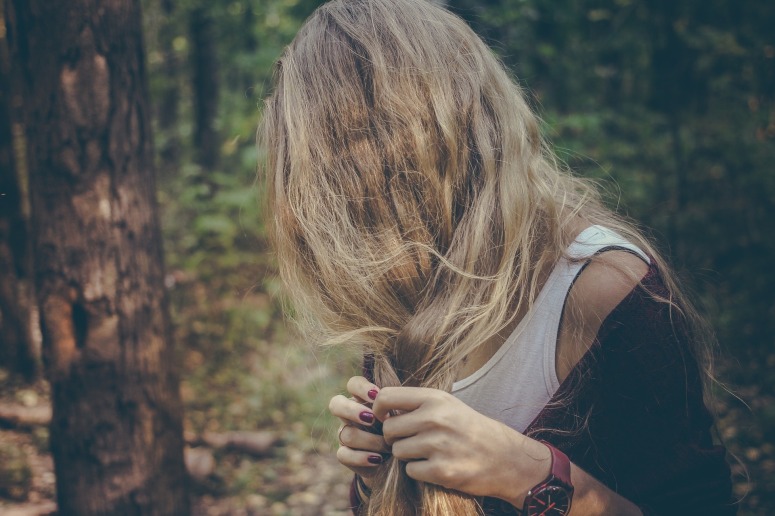 It took time to marry the strands; her hair was thin like silk and would often slip through her fingers. Or her arms grew tired, suspended behind her ears, biting her bottom lip trying to create perfection without a mirror. Just like how she patiently etched each facial expression of yours into her mind, only to read you wrong and pay in silence. Just like how she attempted to juggle the future you envisioned whilst walking on the tightrope of her ambition. Just like how she had begun to measure years, months, days and then hours of her life; living without a reflection.

Then there were the fly-aways. Wisps of unpredictability, spontaneity and reckless abandon furiously disobeying her sleight of hand. Whimsical kinks refusing to be held in one place or tied down amongst the rest; no matter how tight she pulled on the strands, no matter how many pins she buried deep into her hair. Just like her desire to spin out of orbit and taste oxygen with the excitement of never being able to again. Just like her attraction to his aftershave, his smile or his eyes. Just like her dream to free-fall into fear instead of tuck it in at night, along with time and money.

Years of practice dispersed at once. The band which held it all together, snapped. The red ribbon, the lifeblood, came undone. The cohesive thread she’d worn like a badge of honour fell loosely about her shoulders and jaw. Strands she had forgotten about fell in front of her eyes and tickled her collar; rising and falling with shallow breaths of insecurity and hope. She’d spent years growing her hair so it was long enough to braid. Yet now, as it tumbled down the length of her spine, it felt weightless. She, felt weightless.

Kristiana Reed juggles writing and teaching English; in both vocations she endeavours to remind people of their self worth and how dazzlingly beautiful the world can be.

Join 1,797 other subscribers
Follow Whisper and the Roar on WordPress.com